When war reporter James Foley wasn't writing for GlobalPost or recording video for AFP or appearing on the PBS "NewsHour," he occasionally shared stories on his own blog, aptly titled "A World of Troubles."

For a subtitle, he chose the famous Carl von Clausewitz sentence "War is fought by human beings."

And that is exactly what Foley sought to show with his reporting: humanity amid the horror of war.

Foley was abducted while on a reporting trip in northern Syria in November 2012. He was never heard from again.

A video published Tuesday by the extremist group ISIS showed Foley being beheaded. It is not known when or where the video was recorded.

For Foley's family and friends, the recording was the answer they hoped they'd never hear to their questions about his disappearance.

"We have never been prouder of our son Jim. He gave his life trying to expose the world to the suffering of the Syrian people," his mother, Diane, said Tuesday night,

She called him "an extraordinary son, brother, journalist and person."

See more on this story on CNN.com 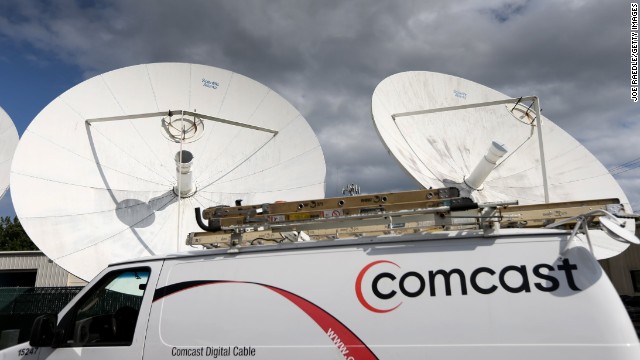 Comcast never wants a customer to go - but says one of its representatives went too far trying to convince one account-holder to stay.

On Tuesday, the cable company apologized to Ryan Block and his wife, Veronica Belmont, after the couple's attempts to cancel were stymied by a phone call with a customer service representative that Block called "straight up belligerent." The incident garnered attention because Block and Belmont posted a partial recording of the conversation on the Internet.

In the eight-minute recording, the unnamed Comcast employee badgered Block with questions such as "Why is it that you're not wanting to have the No. 1-rated Internet service, No. 1-rated television service available?"

In the employee's defense, he explained one of the reasons for his questions: "If we don't know why our customers are leaving, how are we supposed to make it a better experience for you next time?"

The recording went viral Tuesday morning, partly because the prominence of Block and Belmont. Block, a former editor of Engadget, works for AOL, and Belmont is a Web show host and writer.

In a statement, Comcast said it was "very embarrassed by the way our employee spoke with Mr. Block and Ms. Belmont." The company said it was contacting them to "personally apologize."

"The way in which our representative communicated with them is unacceptable and not consistent with how we train our customer service representatives," the statement said. "We are investigating this situation and will take quick action."

Block responded on Twitter: "I hope the quick action you take is a thorough evaluation of your culture and policies, and not the termination of the rep."