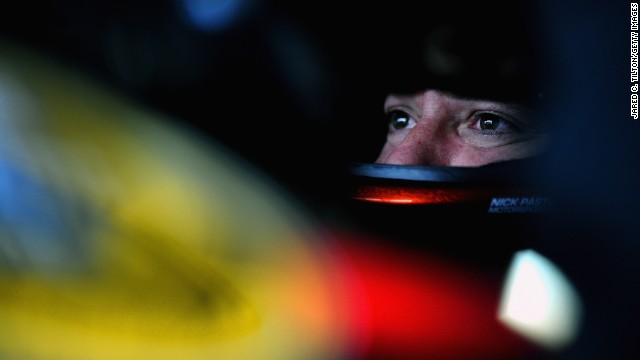 Tony Stewart's profession is driving for millions of dollars a year in NASCAR races, but his hobby is racing against amateurs on dirt tracks for trophies.

Stewart, 43, started in go-carts when he was just 5 in Columbus, Indiana, 50 miles south of the Indianapolis Motor Speedway.

He rose through the ranks, winning the Indy Racing League championship in 1997 before moving to NASCAR two years later.

He's won three championships in NASCAR's top series - the Sprint Cup - and he's a co-owner of his racing team.

Other drivers started calling him "Smoke" because that's what they saw coming from his tires as he steered aggressively through turns on asphalt tracks.

While burning rubber wore down tire tread needed late in a race, it added to his reputation as one of the most competitive drivers, both behind the wheel and off the track.

Sponsors pay big bucks to display their logos on Stewart's No. 14 car because they know millions will watch it speed around the big track hundreds of times in a single event, as many as three dozen weekends a year.

His bad-boy antics, the fights and the words, make him stand out among dozens of other personalities in the sport.

Even the fans who boo him are watching. He shows up unshaven on race days in contrast to more polished drivers who are more careful with words and actions to avoid alienating sponsors and fans.

Winning, either on NASCAR's asphalt or unsanctioned dirt, is Stewart's goal. As he sacrifices valuable tire tread for track cred, he also puts great passion into his non-paying hobby, carried out at the risk of his big-money professional driving.