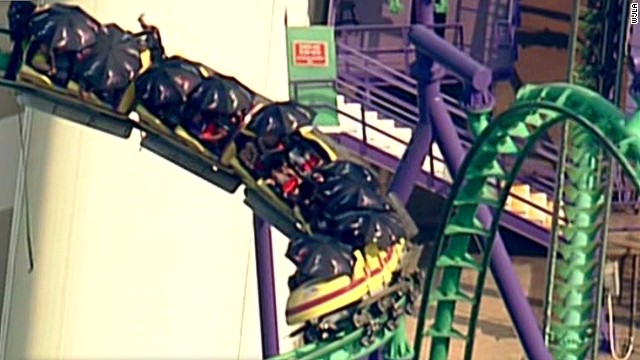 Rescuers pulled stranded riders from a roller coaster at Six Flags America in Maryland on Sunday after the ride halted on the tracks.

A train on the Joker's Jinx roller coaster stopped near the top of the 79-foot-tall ride, fire officials said. It took more than four hours to get all 24 passengers back on the ground.

No one was injured, Six Flags spokeswoman Debbie Evans said.

He posted a series of photos of the dramatic rescue on Twitter.

"Firefighters have reached the 1st car by tower bucket – each of 6 cars will be emptied slowly," he wrote.