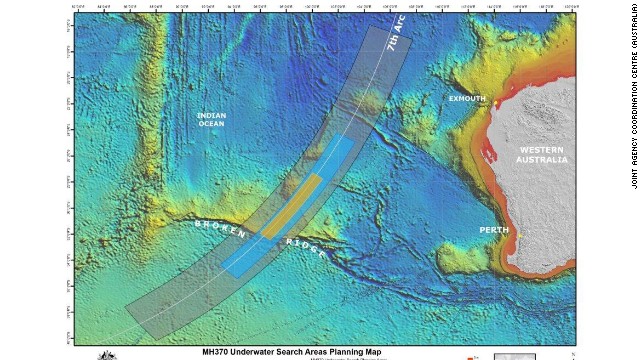 Malaysia Airlines Flight 370 was "highly likely" to have been on autopilot as it flew into the southern Indian Ocean, Australian officials said Thursday, divulging new details about the missing plane's probable fate.

The comments were made during a news conference to announce a southward shift in the underwater search for the Boeing 777, which disappeared March 8 with 239 people on board.

Searchers have found no trace of the jetliner or its passengers, making the case probably the biggest mystery in aviation history and leaving the families of those on board bereft of answers.

The Australian officials said they believe the plane was on autopilot throughout its journey over the Indian Ocean until it ran out of fuel. They cited the straight track on which the aircraft flew, according to electronic "handshakes" it periodically exchanged with satellites.

"It is highly, highly likely that the aircraft was on autopilot, otherwise it could not have followed the orderly path that has been identified through the satellite sightings," Australian Deputy Prime Minister Warren Truss told reporters in Canberra.

But the officials said they weren't sure exactly when the autopilot had been turned on.

And they declined to talk about the causes behind the errant flight path, saying those are questions for the Malaysian authorities in charge of the overall investigation.